Real estate agents often have to get creative to secure a sale — and for one, that meant posing in a giant T. Rex costume in listings photos. 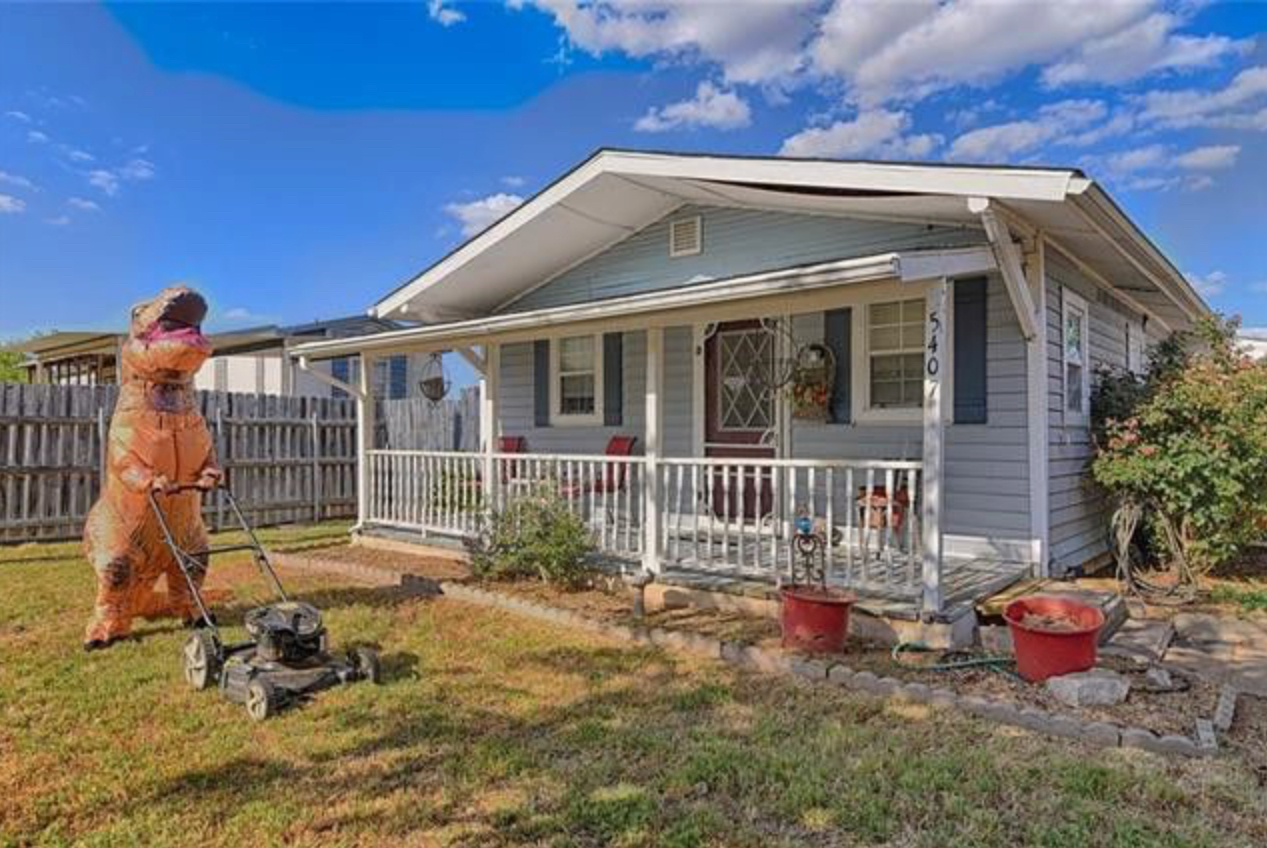 At a time when some agents are using funny animal costumes to draw attention to a property, Texas real estate agent Casey Lewis of Cearnal Co. Realtors took the trick to a whole new level: his idea came straight from the Cretaceous era. 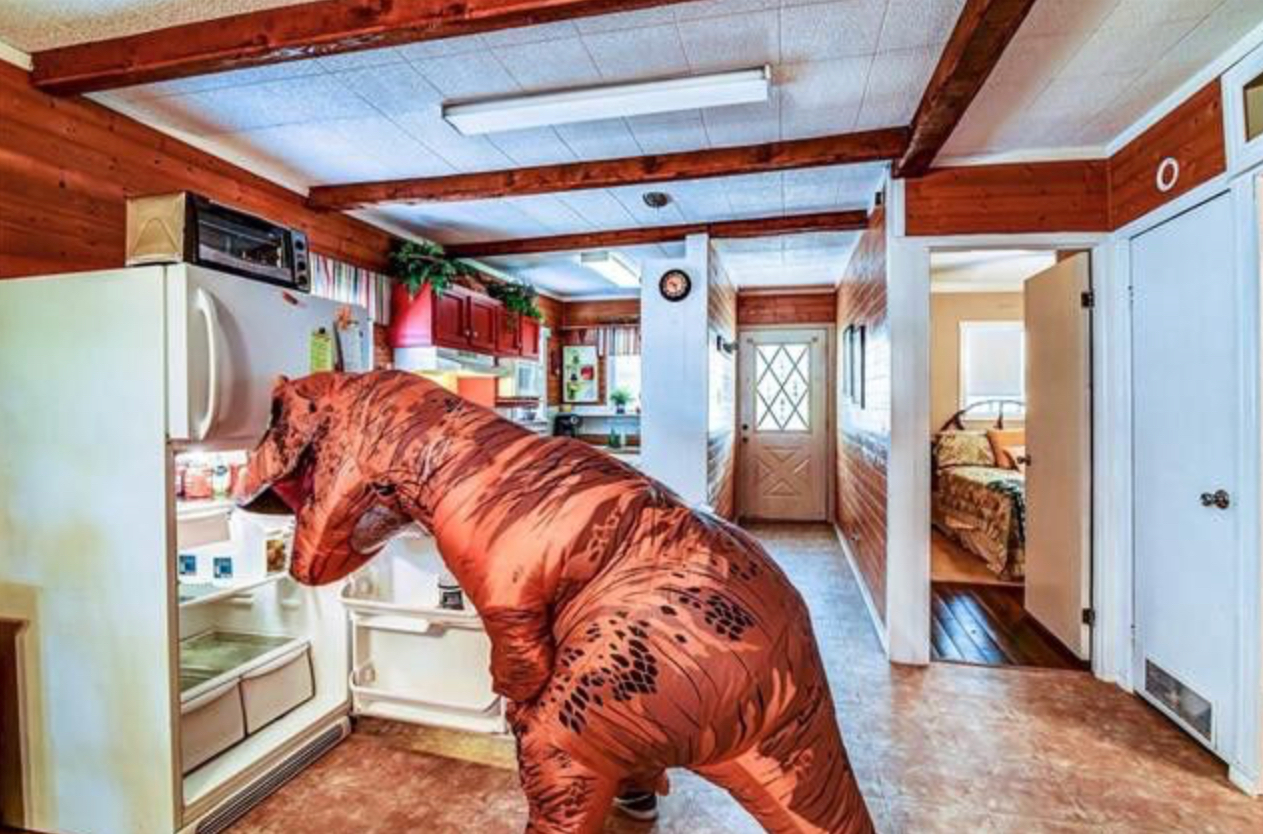 Before listing the 796-square-foot lake house in Granbury, Texas for $89,900, Lewis put on an orange-brown inflatable Tyrannosaurus Rex costume and photos of the house — the dinosaur kicking back on a bed in the bedroom, hovering over a pot in the kitchen, and taking a shower in the bathroom. In one photo, you can even see the T. Rex mowing the lawn in the yard.

“We came up with the idea a few years ago and have been waiting for the right client and right house to try it,” Lewis told Realtor.com. “It was great way to get extra exposure to an already great property.” 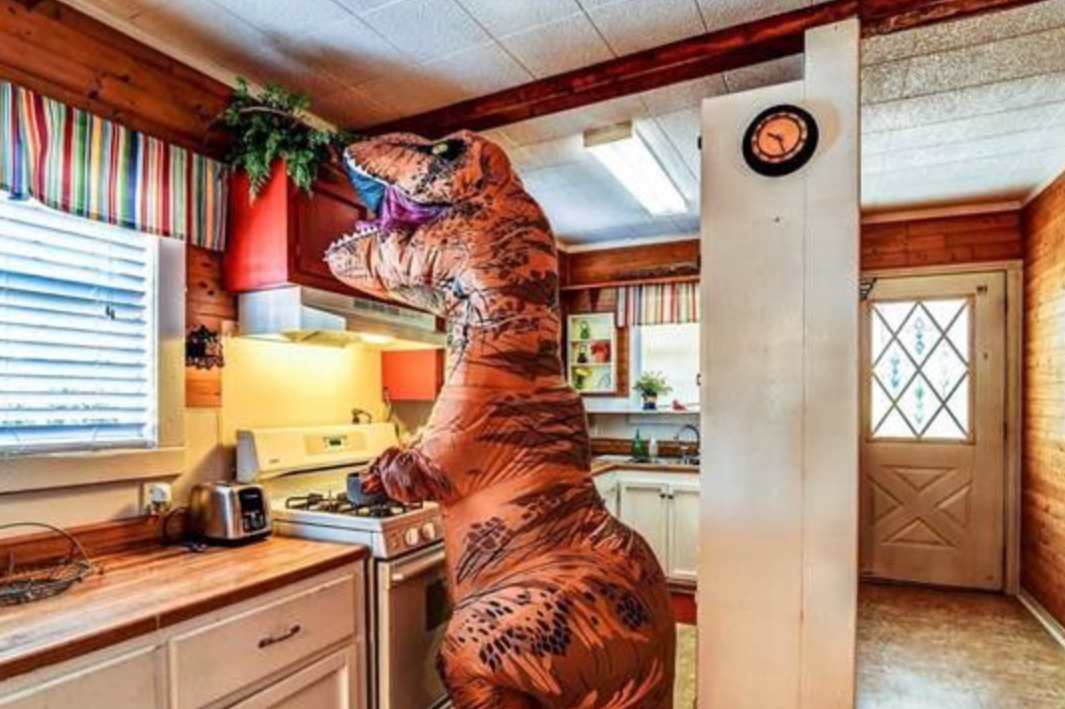 A video posted to Lewis’ Facebook page even shows the T. Rex walking through the house as he gives viewers tour of the property — enough to make even the most jaded homebuyers do a double take.

The trick evidently worked — since the listing came onto the market, it has received more than 10 million views from all over the world, according to the agent’s Facebook page.

While the property still hasn’t been purchased, Lewis has been fielding showing after showing from potential buyers over the last few weeks.