China’s real estate house of cards could be brought down by Evergrande, the world’s most indebted company – ABC News

It was once a darling of China’s booming property sector, expanding into football teams, infant formula and electric cars.

Now, Chinese property giant Evergrande is being picked over by outside advisers who are trying to untangle more than $400 billion of debt.

One of the nation’s largest real estate developers, the company claims to own more than “1,300 projects in more than 280 cities in China and is a forerunner in delivering all houses with fine decoration”.

And until this year, Chinese property was booming.

Demand for real estate in mega-cities Beijing, Shanghai, Shenzhen and Guangzhou drove prices to among the most expensive in the world.

Evergrande took out loan after loan to meet demand.

But then came falling property prices in smaller cities and a series of government measures aimed at cracking down on excessive borrowing in the real estate sector.

Economists say the potential collapse of the company could “be the biggest test that China’s financial system has faced in years.”

In its wake, thousands of Evergrande’s investors, suppliers and employees of the sinking company are hoping the government steps in to help them get their money back.

So far, Beijing continues to hold a firm line against such a decision.

Known as the ‘Three Red Lines’ limit, the rules were aimed at reining in debt and making real estate more affordable for the average Chinese family. So far, China’s leadership in Beijing appears reluctant to bail the company out, leaving thousands in the lurch and some financially ruined.

“I’m devastated,” one employee told the ABC outside Evergrande’s Shenzhen headquarters this past week.

“Our company’s pretty much going under, there’s no way it can keep operating.”

She declined to give her name but was among a small group of employees demanding the company return money that staff invested in its wealth management products.

“They owe us more than $1 million,” the woman said before an Evergrande security guard stopped the interview. Videos circulated of other employee protests earlier this month, with media reports saying the company asked 70 to 80 per cent of its massive workforce to invest their own money into Evergrande as its financial woes mounted.

Employees are just one of the stakeholder groups losing out in a slow-motion collapse that could ripple through the world’s second-largest economy, knocking down demand for Australian resources exports in the process.

Another group demanding payment are thousands of business suppliers, who have sold Evergrande everything from painting services to pipes to cement.

“I’m worried I won’t ever get my money back, so I’m here to see if management will start a dialogue with us,” said 62-year-old Zhang Yijun, a businessman from China’s eastern city of Wuxi.

He has been waiting about six months for payment of $5 million. Another supplier flew from Shanghai seeking repayment of $2 million.

“Evergrande says it will use its property as collateral for the payments they owe us, but it’s commercial and junk property that the company can’t sell, so we won’t be able to sell it either,” she said.

“We need money to pay off our creditors and banks. Without cash, we’re as good as dead.”

Worsening the company’s crisis, it is yet to finish building an estimated 1.4 million apartments that it previously sold off-the-plan to buyers, creating yet another group of people eager to recoup their money amid concerns construction will stop.

Is this China’s Lehman Brothers moment?

As Evergrande’s woes mounted, some commentators compared the property conglomerate to Lehman Brothers.

The massive financial services firm filed for bankruptcy in late 2008 in the most dramatic collapse of the global financial crisis. 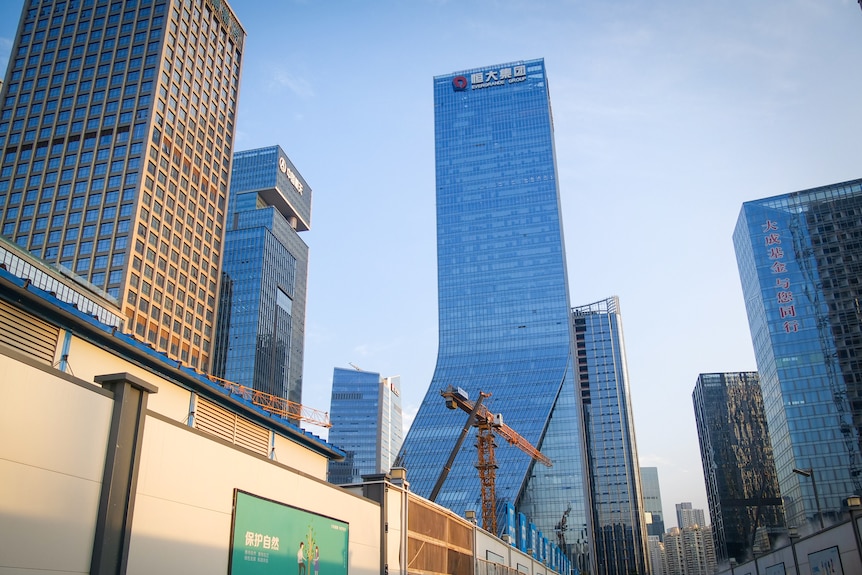 Experts have warned of broader “contagion” if other heavily indebted property developers also start to miss payments like Evergrande.

Unfinished construction projects are a relatively common sight in some Chinese cities due to smaller developers going bust.

Last month, authorities in the south-western city of Kunming blew up 15 unfinished apartment blocks in a spectacular controlled demolition.

A similar demolition took place in Shanghai in April for a set of buildings that remained unfinished for 20 years.

Such spectacles, along with an estimate of more than 65 million empty apartments across the country, has long fuelled speculation of a looming collapse in China’s property sector.

“We think some recent headlines related to China’s ‘Lehman moment’ are too pessimistic and exaggerated,” a recent research briefing from financial services group Nomura said.

“These troubled developers, even though they have relatively large balance sheets, are not financial institutions.

“Major financial institutions, on the other hand, have limited exposure to these developers and, since they are mostly state-owned enterprises, could easily obtain direct support from Beijing.”

Evergrande though is the biggest property giant by far to run into serious trouble and has been shedding assets.

Will the Chinese government come to the rescue?

In the past week, a letter has floated around the Chinese internet from the company’s star-studded football team asking Beijing authorities for a takeover, according to a Bloomberg report.

The general manager of the club declined to deny the authenticity of the letter.

It could signal tough times for a big-spending glamour club that dominated the Chinese domestic league, won the Asian Champions League twice and is building a 100,000-seat stadium.

“I think the [Chinese government] wants to step in further to solve this situation,” said Patrick Wong, an analyst in Hong Kong with Bloomberg Intelligence. 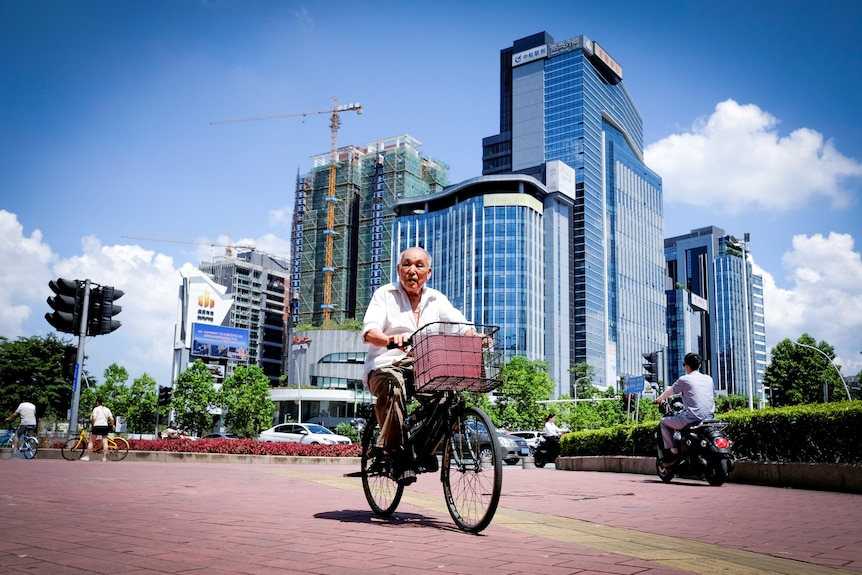 He believes the government will find a way to avert a major crisis in the property sector but will stop short of a full bailout which would send mixed messages to other developers.

“Developers still have land and projects, so even though individual buyers don’t want to buy now, maybe state-owned enterprises can help out to resolve the problem, but it could be a long process,” he said.

“The economy’s still going but the short term will be a bit painful.”