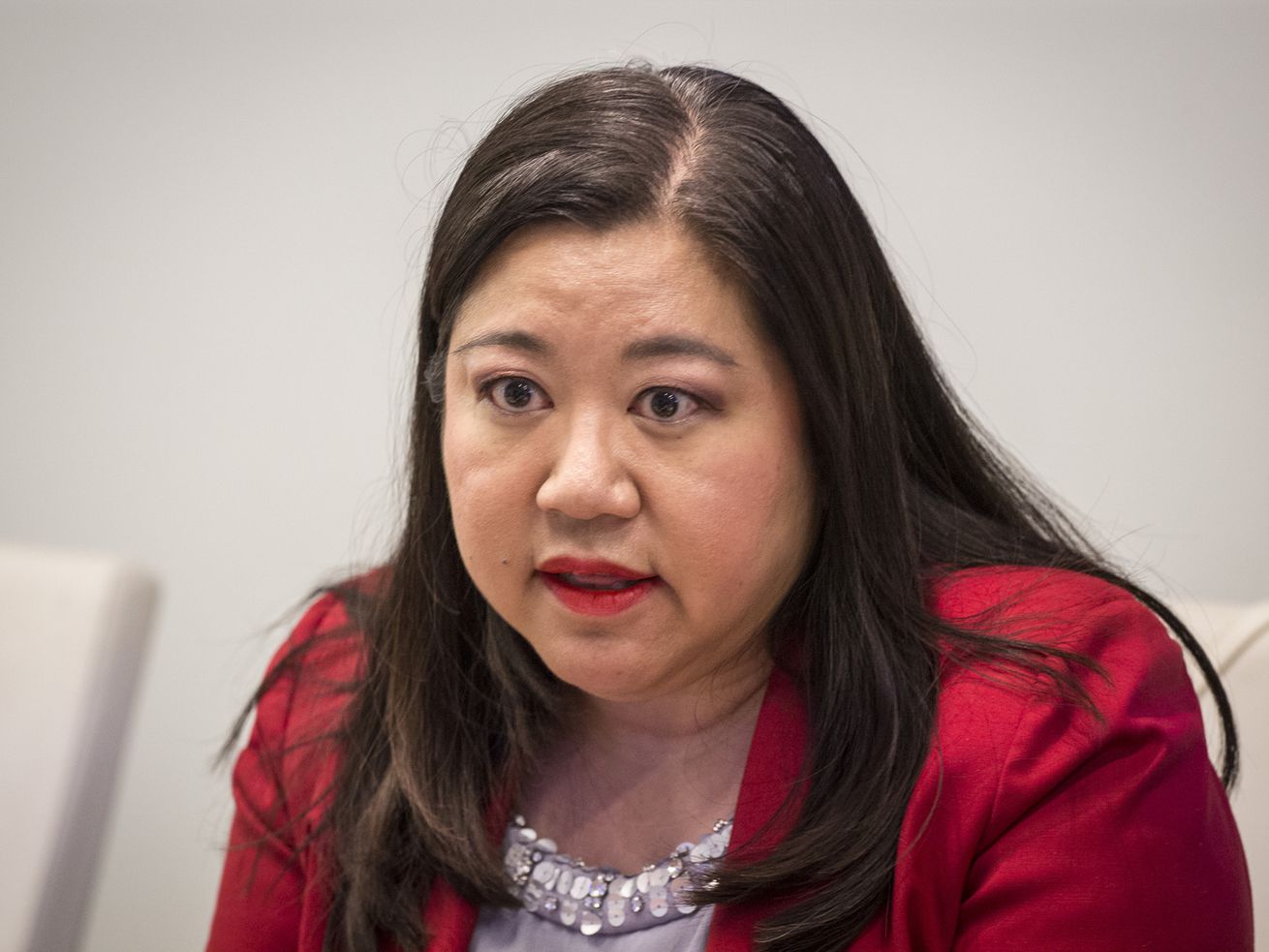 Her real estate firm targeted people who’d have a tough time getting an apartment and wouldn’t refund fees even if a client didn’t like it, a state investigation found.

A candidate for Cook County judge was disciplined by state regulators after an investigation found the real estate business she ran with two relatives engaged in deceptive business practices.

Anne Shaw was issued a reprimand in 2016 for not properly supervising employees of Shaw Real Estate Group, a Chicago apartment-finding company, records show.

Shaw will face Assistant Cook County State’s Attorney Jamie Guerra Dickler on March 17 for a vacant Cook County judge seat from the sixth judicial subcircuit — the sort of race that many voters skip past when they cast their ballots.

The state investigation found Shaw Real Estate Group, which also operated as My Place Apartments, targeted people with bad credit, criminal records, past evictions or other barriers to renting an apartment and charged upfront fees topping $1,000, promising to find them an apartment within 30 days.

The catch: As long as the Shaws found one, the fees were nonrefundable even if the client didn’t want it.

The business has been sued more than a dozen times by clients. A Shaw Real Estate representative would contact them at the last minute about an apartment and demand the client agree to it within a day — without providing details about the lease, the landlord, sometimes even the location, according to the lawsuits. After 24 hours, they’d be told they had lost the apartment and the fees they’d paid, the suits say.

Four cases were settled out of court or ended with judgments for the clients. Seven were dismissed, usually after the person suing didn’t show up in court. Two are still pending.

Candace Williams says she found Shaw Real Estate on Craigslist in April 2013. Williams, a paralegal who had faced bankruptcy, was drawn by the promise to find an apartment despite her bad credit.

She says that, when she asked a Shaw employee to find her an apartment on the North Side or in Hyde Park, he came back with an apartment — in Chatham. Williams says she declined because she thought the neighborhood wasn’t safe for her and her two kids, but the Shaw representative wouldn’t refund her $1,000 deposit.

“Looking back, when you’re advertising to people who are desperate, that’s always a red flag,” says Williams, who filed a lawsuit on her own against the firm in 2013 and won her deposit back plus $179 in court costs.

Shaw held the company’s managing broker’s license. So she was supposed to supervise the operation and ensure it complied with the law. But it was run day-to-day by her father Jack Shaw.

“I feel very proud of the work that my dad did and the thousands of people he helped,” Shaw says.

The Illinois Department of Financial and Professional Regulation filed an administrative complaint in 2013 against Shaw Real Estate Group, Anne Shaw, her father and her brother-in-law Robert Sher, accusing them of deceptive business practices, failing to act in the best interest of clients and unprofessional conduct. It cited Williams and 10 other former Shaw clients.

In March 2016, Anne Shaw signed an agreement with the agency acknowledging she “failed to adequately supervise the Real Estate activities of Shaw Real Estate Group and its employees.”

She got a reprimand — a step short of suspending her real estate managing broker’s license — and was ordered to take continuing education classes.

Shaw says the state investigation and lawsuits were a “coordinated effort” orchestrated by former Ald. Proco “Joe” Moreno (1st). Shaw unsuccessfully ran against Moreno for Democratic committeeman in 2012 and for alderman in 2015.

She also lost a race last year for state representative.

Moreno, no longer in office, was indicted last year on charges of insurance fraud, false report and obstruction of justice.

The Department of Financial and Professional Regulation fined Jack Shaw and Robert Sher and suspended their licenses. Shaw Real Estate Group’s license was suspended, and it was fined $18,000.

Sher contested his fine and suspension. The Illinois Appellate Court ruled against him. “Taking substantial fees from members of the public least able to afford them and failing to provide the services promised violate the most fundamental tenets of human decency, not to mention the basic standards to be expected of any licensed professional,” Appellate Judge Mary Ann Mason wrote in a unanimous decision.

Former clients of Shaw Real Estate Group and attorneys representing them who have dealt with Anne Shaw as an attorney question how she could be a judge.

“I could not imagine someone less fit,” says attorney Robert Augenlicht, who represents a former Shaw Real Estate client in a suit that’s been pending nearly five years. “A judge should be avoiding even an appearance of impropriety.”

Candace Williams has a harsher opinion.

“She shouldn’t even be an attorney, much less a judge,” Williams says.

Jonah Newman is an editor at Injustice Watch, a nonpartisan, not-for-profit journalism organization that conducts in-depth research to expose institutional failures that obstruct justice and equality.